KUALA LUMPUR, Jan 25: MCA president Chua Soi Lek (right) appears to be on a warpath, defending his criticism of Muslim women who chose not to shake hands with the opposite sex for religious reasons.

In an angry reaction to questions from reporters, Chua insisted that the norm practised by many Muslim women to avoid skin contact with the opposite sex during handshake was contrary to "basic culture and manners to shake hands".

“I have been in the public life for many years. It's part of the basic culture and manners to shake hands," said Chua, who also scolded a reporter from online portal Malaysiakini, which first broke news of Chua's attack on PAS candidate Normala Sudirman.

Chua had poked fun over Normala's preference not to shake hands with the opposite sex, and compared it to a similar practice by PKR president Dr Wan Azizah Wan Ismail.

"She will not come here (a Chinese temple), she doesn't even shake hands with the people. I have received complaints about this.

“She is like Anwar Ibrahim's wife. She wears gloves when she shakes hands. If you can accept this kind of Islamic values, go ahead and vote for PAS," he said.

This was followed by deputy Domestic Trade Cooperative and Consumer Affair minister Tan Lian Hoe of Gerakan lashing out at Normala and saying her practise was proof of PAS's goal to establish "an extremist Islamic state".

“This is the most basic thing... Not only men, but when she shakes hands with women, she also needs to wear glove," alleged Tan in the presence of her minister Ismail Sabri.

"This is not friendly. It's as if she thinks our hands are dirty... I hope the Chinese voters are careful (with Islamic state). We are very worried about the Islamic state. They want to implement an extremist Islamic state," she added.

Chua's comments drew strong reactions from Muslims from both sides of the divide, with many recalling his sex video which exposed his adulterous affair in a hotel room in 2008. Even UMNO deputy president Muhyiddin Yassin chided him for raising religious issues in MCA's bid to convince Chinese voters that PAS would trample on non-Muslim rights.

"There is no need for the DPM or the media to communicate this to us," an irate Chua was quoted by Malaysiakini as saying.

Despite the storm, Chua stood his ground, saying there was nothing great about knowing the Islamic religious values.

"So what is so great about that? That is your religious value which I don't know. How am I to know about the religious values when I'm not practising that religion?”

"I have the right to say that it's basic manners to shake hands with people. That's my values. Understand? You also must value my value, which is good manners, which includes shaking hands," he went on, as quoted by Malaysiakini.

“CSL says it's not fair for non-Muslim to understand Islamic values. No wonder BN's national integration policy has failed.

"CSL now blames the media for the hand shake issue. He never blames his narrow-mindedness and sheer ignorance,” added Teng on Twitter.

Perak mufti Harussani Zakaria has also broken his silence, and demanded Chua to issue an apology.

“He has to know... he must respect religious practices of others, but if he doesn’t know, that is ignorance. If he knows, but pretend not to, that is insulting Islam," said Harussani, but quickly added he was not supporting the PAS candidate.
Posted by p81 at 10:23 PTG Tiada ulasan:

Malaysian tycoon Tan Sri Syed Mokhtar Albukhary is eyeing a takeover of several ports including Northport in a bid to expand his growing logistics empire.

Sources told The Malaysian Insider that Syed Mokhtar was currently in talks with the federal government to take over the country's premier port.

He is understood to also be in talks with the Melaka state government to take over the port in Tanjung Bruas.

The Malaysian Insider also understands that the billionaire has won the race to take over the Ministry of Finance’s Penang Port and has expressed interest in the ports in Kuantan and Kemaman.

Apart from his apparent ambitions to gain greater control over the maritime logistics sector, Syed Mokhtar already holds the reins to several other critical sectors including the rice import business through national rice supplier, Bernas, and the gas distribution business through MMC Corp subsidiary, Gas Malaysia.

Other strategic sectors in which Syed Mokhtar has a significant presence include the sugar trade through Tradewinds; the power production business via the nation’s largest independent power producer, Malakoff Corp; and the water treatment sector through Aliran Ihsan Resources.

Syed Mokhtar’s spree made it seem he was “buying up the whole country.” In October, MMC Corp also approached the government in a bid to take over the UEM Group, which is the majority shareholder of North-South Highway concessionaire, PLUS Expressways.

Other businesses that Syed Mokhtar is involved in include banking through Bank Muamalat, the automotive industry through DRB-Hicom, and the airport business through Senai Airport.

MMC Corp is the co-project delivery partner together with Gamuda for the new KL MRT and the consortium is widely tipped to be awarded the tunnelling portion of the system’s construction.

DRB-Hicom also told reporters last September that although it was not actively looking to buy Proton Holdings Berhad, it did not discount the possibility of doing so following speculation that it had been given the nod by the government to acquire the national car maker.

Bank Muamalat was also rumoured last month to be a front-runner to acquire Khazanah’s 32 per cent stake in Pos Malaysia, but bank has since denied that it is bidding for the stake.

Some analysts have expressed concern that his appetite for acquisitions make it appear as though he is “buying up the whole country.”

The tycoon’s growing empire, however, has come at a cost as his companies have racked up a total debt estimated at RM25 billion. The debt levels have, however, been described as still manageable due to the way they are structured.

According to the Northport website, the shipping hub in Klang handles some 60 per cent of the nation’s trade.

Securing Northport would significantly increase Syed Mokhtar’s grip on the maritime logistics sector in Malaysia and several industry observers have expressed reservations over the prospect.

“If he gets Northport, it would decrease competition which could be unhealthy for the industry,” said one port industry veteran.

“But would PNB let it go?” he added, referring to the fact that the listed NCB Holdings, which operates Northport, is a unit of Permodalan Nasional Berhad (PNB).

The Northport website shows PNB as having a 57.1 per cent stake in NCB Holdings with MISC Berhad having 15.7 per cent, the Port Klang Authority having 5.3 per cent and the rest by unidentified shareholders. 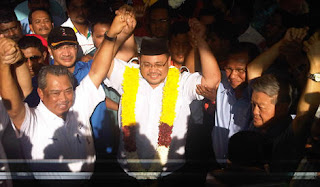 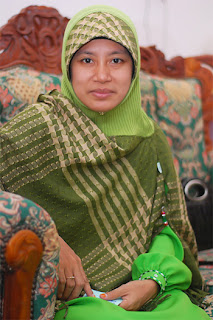 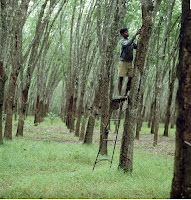 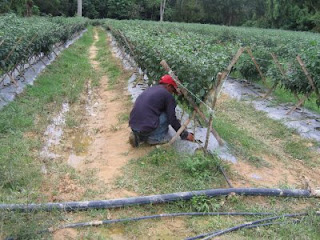 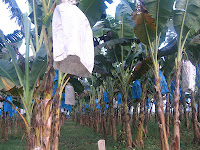 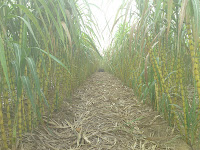 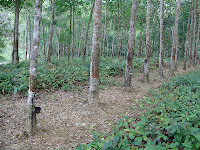 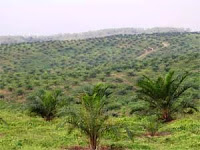 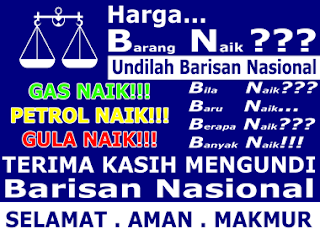